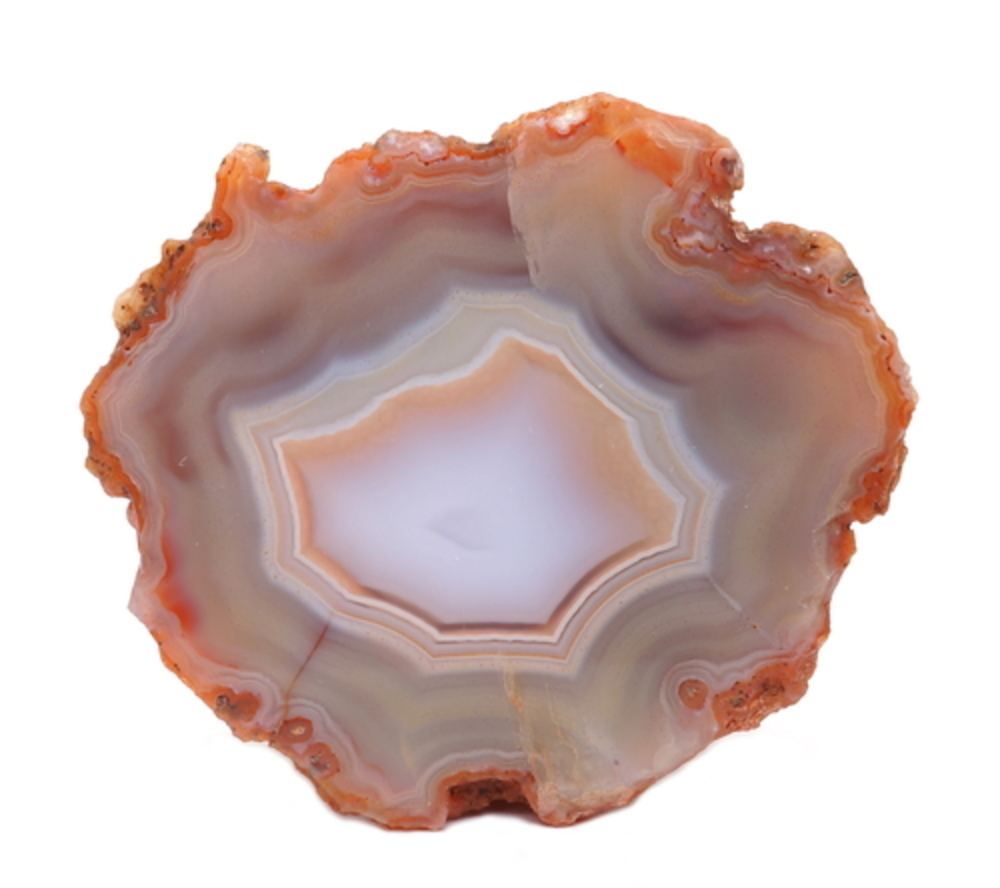 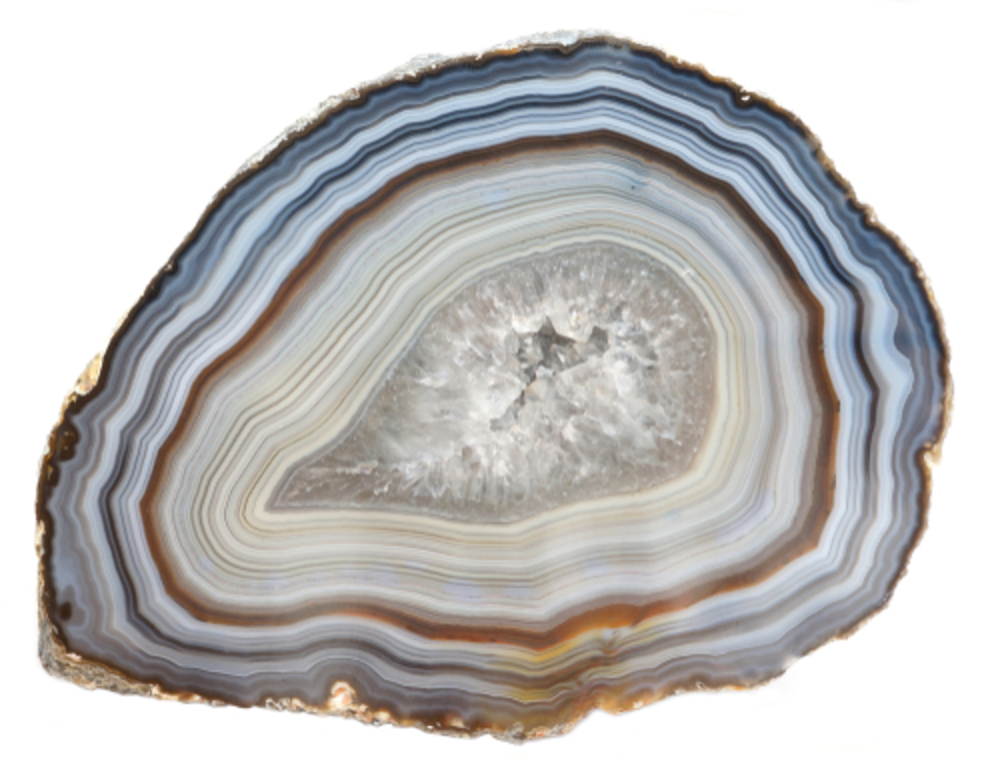 Some stunning large Agate slices are on offer at 50% off the usual retail price.

These are sizes 4" to 6" and each slice comes with a stand so that it can be displayed. Almost all of the slices are naturally colored without dye.

Agates are formed as nodules of varying sizes, within holes in volcanic rocks. they are mainly the silicate mineral chalcedony with quartz As the liquid silicate evaporates over long periods of time, the silicate becomes saturated and forms layers of crystals. In large agate with numerous formation lines the mineral is referred to as "banded Agate".  The water which forms the base of the silicate solution can percolate down between the lava, or be derived from the molten material itself. Many Agates are hollow at their centers where the Silica has not been sufficient to completely fill the cavity. In these cases that last layer to form is typically "Druzy Quartz" which appears slightly milky rather than clear as a result of small particles of water contained in the crystal. Sometimes the central crystals are in the form of Amethyst arising from Iron Ferrate inclusions in the Quartz, the entire geode having been naturally irradiated by Gamma raise to change the color. Other colors  arise from the inclusion of trace minerals within the liquid. The brown typically is the result of Iron Oxide within the crystal lattice. 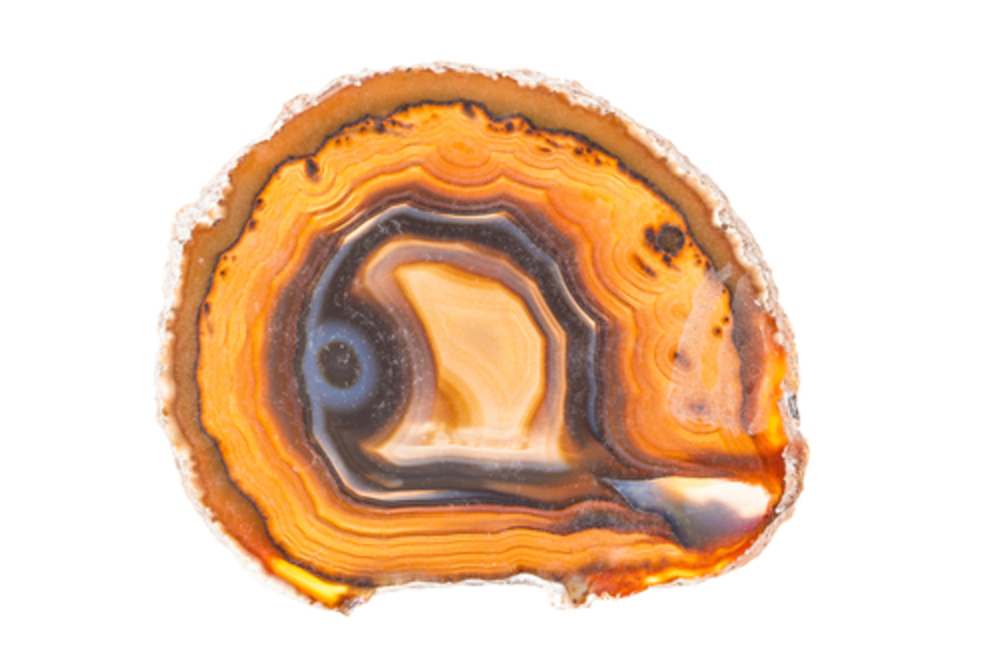 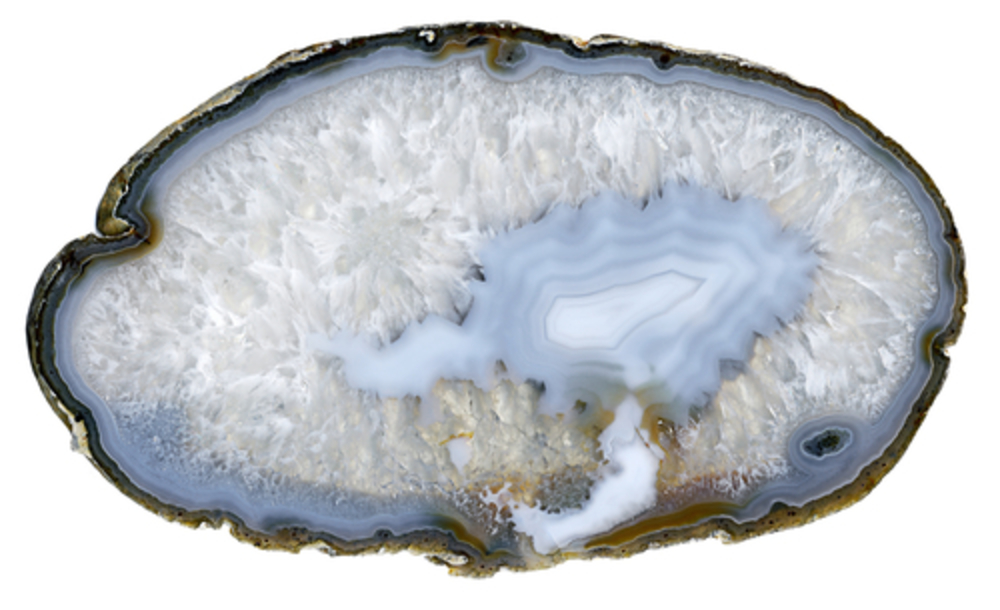 Agates can be found in sedimentary rocks such as Limestone, Dolomite and Shale which previously contained organic matter which has decayed away leaving voids which become filled by silica enriched water. Over an extended period time and with heating the chalcedony forms in bands. California has a number of beaches where small pieces of Agate "tumbled" or smoothed by the waves can be collected